Taking on a photo-led book that focuses on just one species is brave. Especially so when that species is painfully difficult to photograph. Eurasian otters are painfully difficult to photograph. I’ve just enjoyed reviewing Otters in Shetland, the recently published celebration of not just otters in general, but specifically those that make their living on Shetland’s rugged and storm-beaten coastline. It is a book that I can only describe as remarkable. Truly. This book has hard work, passion and determination written all over it. This book could not have been produced by anyone other than Brydon Thomason and Richard Shucksmith, two Shetland photographers who have devoted days, weeks, months, years to their craft.

I’ve worked with both Brydon and Richard and I have to admit that when I heard they were publishing a book alongside their already busy lives, I feared it might fall short. I feared they might fall into the all-too-easy trap of cutting corners, of filling the book with mediocre images – simply to get it published. I’m a picky so and so and I could split a hair or two about the images not being given enough space but in truth, I am splitting hairs and really fine hairs at that. No, I needn’t have feared. This is a comprehensive and magical portrayal of the lives of Shetland’s otters with not a mediocre image to be seen throughout. And I’m talking a lot of images. It will appeal to photographers like me, who will marvel at the dedication required to produce such a monumental body of work, but it will also appeal to anyone with an interest in otters, or in Shetland or in both.

This book has hard work, passion and determination written all over it.

Years ago I went out with Brydon to look for otters in Shetland. Within 20 minutes he had me just metres away from a mother and cub. On returning to the car we were confronted by two other photographers who were, to say the least, annoyed at our apparent good fortune. I asked them how long they’d been looking for otters and through gritted teeth, they told us they’d been there for several hours. “This guy’s been looking for otters for 20 years,” I said nodding towards Brydon. “That’s why we were so lucky.” 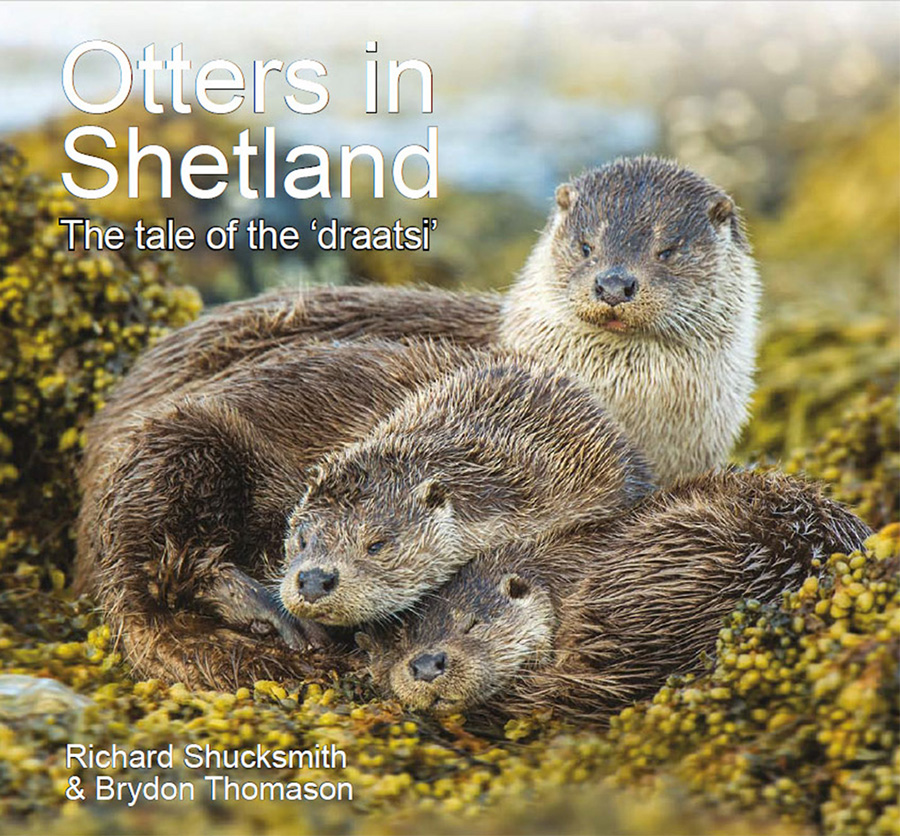 1 thought on “Otters in Shetland.”