END_OF_DOCUMENT_TOKEN_TO_BE_REPLACED

Rain and wind are regular companions on Scotland’s west coast and so it was no surprise when on our first day on Harris, the first port of call on our recent Island Trilogy tour, dawn arrived and brought with it the wet stuff. END_OF_DOCUMENT_TOKEN_TO_BE_REPLACED

On a recent photo tour I overheard my co-guide Mark Hamblin being asked about his favourite image. Mark replied that he tended towards images he’d recently taken, implying that ‘freshness’ equated to enduring ‘quality’. It’s inevitable that when photographers, even established pros like Mark, acquire new images, especially from a place that they’ve never before photographed, there is an emotional attachment to those images: END_OF_DOCUMENT_TOKEN_TO_BE_REPLACED 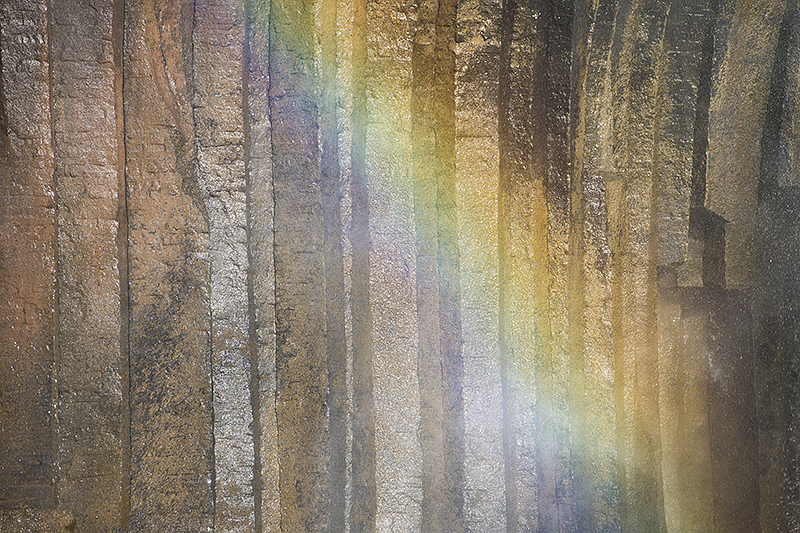 It is entirely possible that Iceland will be unkind to you. Not that the Icelandic people are unpleasant you understand, far from it, but the island can serve up copious helpings of rain, snow and wind followed by more rain, snow and wind. Did I mention that it might rain? On the plus side, it is that very changeability that makes Iceland such an exciting place to photograph. END_OF_DOCUMENT_TOKEN_TO_BE_REPLACED

When I first started taking pictures I drew inspiration from lots of other photographers. In fact, I still do and there’s nothing like seeing the images of those you admire and aspire to emulate, projected large on a screen. Especially when the photographer is there to tell you how, and more importantly, why, he/she took the image. What better way then to spend an early autumnal day than at the Scottish Nature Photography Festival?

This event, initiated by Niall Benvie over 20 years ago, is held at Battleby, just north of Perth in a purpose-built, state-of-the-art auditorium. It’s a one-day event and features some of the most active and inspiring photographers at work today. They will show their fantastic images and tell the stories behind them. Marcus McAdam and Mark Hamblin from Scotland; Nick Cobbing from England; Edwin Kats from The Netherlands and Sven Zacek from Estonia – a wealth of talent and experience all under one roof. And this year, we’re featuring a brilliant young photographer – Bertie Gregory, who at 19, has a bright future in front of him.

Alongside the speakers there will be book signings, trade and conservation stands and the chance to network with like-minded enthusiasts – always a great way to pick up on the latest gossip in the nature photography world.

All in all then, it’s a great day out and I’d go as far to say that if you don’t enjoy it…well, you will, so no need for rash promises that I’ll later regret!

Make a date in your diary – September 14th & 15th (programme repeated on both days). Tickets are £49-50 including lunch and refreshments.  Book your tickets here.

If I was asked for just one word that summed up our recent Iceland tour, that word would have to be Grey. Grey, grey and more grey. Fifty or more shades of it. It can work, grey, but it’s hard work. It’s even harder however, to be angry with Iceland, a place that delivers a constant soundtrack of drumming snipe, bugling swans and piping waders. And big skies of course. Grey but big.

Our recent photo tour kicked off in the south where black sand beaches with troll-like outcrops are caressed by aquamarine waters, where icebergs centuries old calve into lagoons and where on the black lava plateaux, ptarmigan, skuas and golden plover raise their young in the brief window of summer. With almost 24-hr. daylight, we were up early and out late but with just a handful of exceptions, had to make the most of indifferent weather.

Heading west we enjoyed a single sun-kissed evening photographing red-throated divers, that most primeval of all birds and a real symbol of the north. With a confiding pair with well-grown chicks, accompanied by omnipresent phalaropes, our group could indulge their passion for bird photography that would be nigh on possible to replicate elsewhere. The nearby river and waterfalls offered opportunities with whooper swans, fulmars and harlequin ducks, the latter being responsible for a severe drenching of some of our group.

Our final port of call was Iceland’s west coast where we spent a long day on the remote island of Flatey, home to tame redshanks, terns, black guillemots and the ever-present red-necked phalaropes. Thankfully the weather held when it needed to but again, failed to excel itself. The Fish and Chips on the ferry were decent though.

Iceland is one of the most dynamic and fascinating landscapes of the north but it’s charms need to be teased out, it’s secrets are not easily given up. And of course, it’s become a hotspot for nature photographers all attempting to put their own spin on well-visited locations. The bar then, is high before you even start. 10 days, 10 weeks, 10 years – it’s not enough to tell Iceland’s story and so I’ll be back. You’d think there was only so much grey anyone can take? Nah, bring it on.

Thanks as ever to our spirited group and to my co-guide Mark Hamblin who needs to invest in a proper razor (beard trimmers are just plain wrong). As usual we shared ups, downs and lots of stuff in between. If we ever find out who nicked Sue’s sandwich, there’ll be trouble!

Is it me? Do I look stupid? Are all photographers insincere with motives that are only obvious to the most seasoned photographic spouses? Earlier this year, Pete and I both reached the 50 mark – not something to celebrate in my book but Pete insisted on a few days away on the remote island of Eigg.

Now, here is where our respective definitions of ‘a great time’ go their separate ways. Me, I envisaged long, lazy days by the fireside, leisurely walks, wine and telly. Pete’s ‘great time’ involved in what can only be described as a military operation.

Each morning the alarm would go off at 0430 and our romantic breakfast consisted of a flask of coffee and a packet of stale biscuits on a windswept beach (Pete with camera, me with pneumonia). 15 hours later, our days would end in pretty much the same way. How many pictures can you take from the same beach?

I’m perhaps being unfair – there was one highlight. Our last evening was filled with warm sunshine so I took some nibbles and wine down to my hard-working photographer on the beach. He sat still for all of ten minutes before jumping to his feet prattling on about time-lapse or something. From my pocket, a consolation prize emerged, my secret weapon, my best buddie in the whole wide world. Here we are together during a particularly romantic moment!