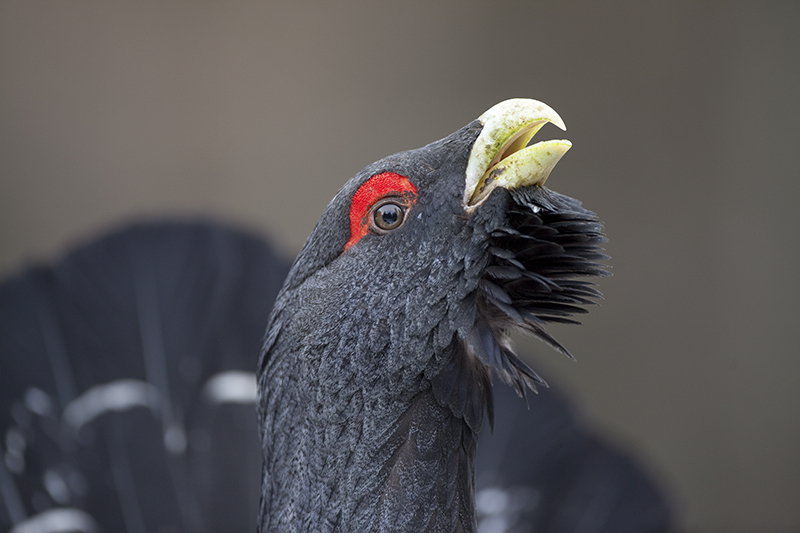 Putting aside the obvious self-serving justification for keeping sites secret, there are perhaps three primary reasons for sharing favourite locations:

I have to say that my own experience with fellow photographers has been mixed and in hindsight I might have handled certain situations differently.

Several years ago I was put onto a reliable site for a rogue male capercaillie. These are birds which, rather than retaining their inherent wariness of people, are inclined to approach anyone (or anything) that wanders into their perceived territory. They are extremely rare in the UK, confined to the pine forests of northern Scotland and are ordinarily, susceptible to human disturbance. They are also protected by law (see below).

That particular year I’d spent 3 weeks in Norway trying to photograph capercaillie without any success so this tip-off on my return was very timely and very welcome. After several visits, I’d got my shots. A good friend who was just completing a book project asked for the location and after consideration, I took him to the site and he too secured some nice images and celebrated this rare scoop on his blog, mentioning my involvement. You can probably guess what ensued. I hadn’t been asked to keep the site secret, but was nevertheless inclined to do so out of respect for the colleague who gave me the information and of course, to avoid unreasonable disturbance to the bird itself.

The phone started ringing and if I’m honest I fudged my response to several colleagues, some of which I’d known for years. What was perceived as my less-than-helpful attitude resulted in accusations of arrogance and selfishness. One photographer threatened to report me (I’m not sure who to) on the basis that I didn’t own the birds, the RSPB did!

Fast forward a few years and this site is now out there in the public domain – blogs, forums and GPS data has expedited what would have been a slow, organic process not so long ago. For the most part, the capercaillie in question (now in his twilight years) seems to have coped well with the attention and the forest in which he breeds is bucking the downward trend in capercaillie numbers.

This story ends with no major obvious consequences, unlike other rogue capercaillie which have met premature deaths at the hands of dog walkers, or more recently, due to an alleged bash on the head from a photographer’s tripod. Perhaps as a consequence of this particular incident, photographer disturbance to ‘rogue’ capercaillie is now being monitored much more closely.

The dilemma then is how to encourage and where appropriate facilitate, enjoyable encounters with sensitive species, the principle of which has undoubted benefits, whilst being respectful of the subject and those who seek to protect it. It’s a thin line and I’m not entirely sure I could articulate where it should be drawn, but I think most photographers instinctively know the difference between right and wrong. Or at least they should do.

Competition within this tiny industry has cranked up the appeal of iconic subjects such as capercaillie and otters. Ironically, some of the most refreshing imagery I’ve seen of late is of common subjects – toads, foxes and geese. There’s perhaps a lesson in there for all of us.

The Wildlife & Countryside Act 1981 (as amended in Scotland) states: It is an offence to intentionally or recklessly disturb any wild bird listed on Schedule 1  whilst it is building a nest or is in, on, or near a nest containing eggs or young, or whilst lekking.