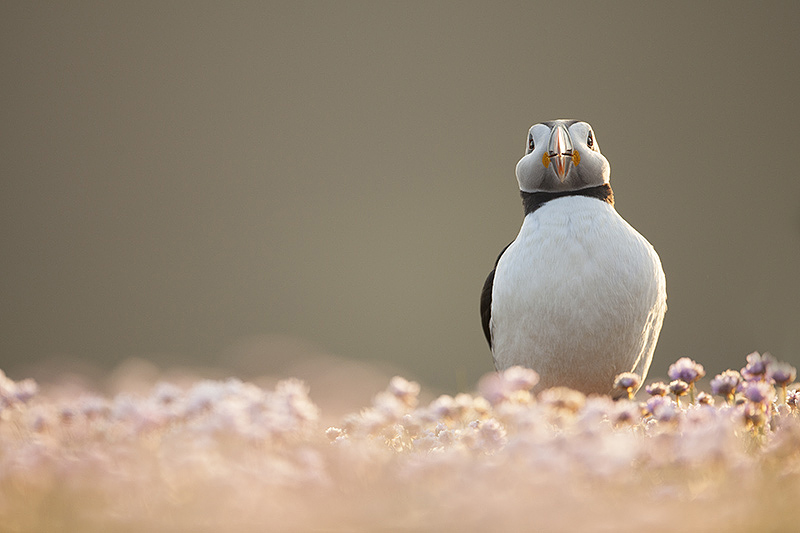 There can be few wildlife photographers in the northern hemisphere without at least one decent puffin picture. The bar is probably higher with puffins than with any other bird. It is then even more important to find just the right place – lighting, background and viewpoint all play a part in just the right place – and our recent Puffin Bootcamp took us to the far north to just the right place: Fair Isle. END_OF_DOCUMENT_TOKEN_TO_BE_REPLACED

Let’s face it there are lots of places to photograph puffins, so why go to what might seem like the ends of the earth to do so? Fair Isle is a remote island just off mainland Shetland and getting to and from it is fraught with logistical uncertainties. Low cloud, rough seas and erratic timetables all conspire to render boats and planes less reliable than we have perhaps come to expect. Don’t go to Fair Isle then if you’re on a tight timetable. It’s not as if there are billions of puffins there either – like elsewhere in their range, they are in decline – so what makes Fair Isle special?

Lighting, background and viewpoint. These are 3 words that I encourage all photo tour guests to repeat to themselves over and over like a mantra. If you understand the importance of lighting, background and viewpoint, you will see the advantages of Fair Isle. Many of the puffin burrows and loafing areas are in areas of dense thrift, or sea pinks, making the setting particularly attractive. Most allow low, intimate perspectives and the vagaries of the weather throw up some fantastic lighting (as long as you’re prepared to wait). The best thing of all though is the fact that you have the puffins pretty much to yourself 24/7, allowing you to take advantage of the best light at either end of the day. All in all then, it’s a long way to go but from a photographic perspective, it’s one of the best places of all. Sorry, but a day trip to the Farnes just doesn’t compare.

Our Puffin Bootcamp this year focused on primarily just two colonies and we worked them hard with early rises and late finishes. In between the photo sessions we enjoyed fantastic hospitality at the Fair Isle Bird Observatory and we enjoyed lots of great banter – thanks primarily to the invention of the hairdryer and an American propensity for personal trainers (don’t ask but thank to J for being a great sport).

I hope you enjoy these images as much as I enjoyed taking them. Thanks to the folk who joined this tour – hope your legs, necks, backs and feet recover! Next year’s tour is already nearly full so if you’re looking for intensive puffin photography in a fantastic location, join us.