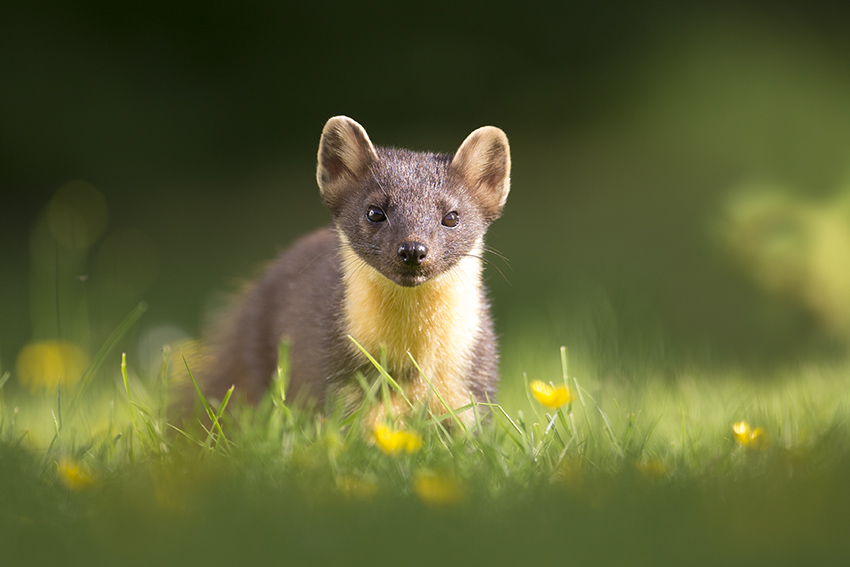 This blog is about pine martens. Well actually, that’s not true: it’s about prejudice and ignorance. Strong words perhaps, but fair I feel. It started with a recent post on Facebook. The post showed an image of a pine marten – quite a nice image as it happens – and this is (word for word) one of the responses:

“I would see it in hell. Nothing is safe from it.”

Really? Is it possible for a cat-sized weasel to be guilty of such heinous crimes that it deserves to be committed to the bowels of the Earth for eternity? Yes pine martens sometimes eat capercaillie and black grouse; some will take domestic chickens and pheasants given the chance, but golden eagles, goshawks and even wildcats also predate gamebirds. Are these to be judged and condemned by the same poisoned criteria that befalls this (protected and recovering) omnivore?

“Nothing is safe from it”.

As you might gather I’m not a huge fan of such ill-founded sweeping generalisations and I’ve heard lots more beyond this particular post. I accept that not everyone likes pine martens. I accept that as a predator they eat things that we might prefer don’t get eaten but come on, martens aren’t evil monsters, they’re just martens doing what they need to do to survive. And by the way, if we can’t accommodate an overgrown stoat in our midst in the 21st century, then we really haven’t come very far.

Here’s my theory: People who hate martens don’t actually hate the animal itself; they hate what it stands for. Over the last few decades, conservationists have championed the cause of martens and other predators and historically, this is something that many land managers have never had to encounter. Moreover, the law now protects predators that many consider to be unworthy of protection. And so pine martens (and beavers, sea eagles and pretty much any other recovering species) represent change and more significantly, it’s change perceived to be brought about by left-wing, bunny-hugging academic urbanites who know nothing of the ways of the country. It is then perhaps the change itself, the change that pine martens symbolise, that is resented along with those who have catalysed that change.

There’s a very real question smouldering under the fire between conservationists and traditional land managers (excuse the crude and over-simplified tribe titles: I’m generalising myself now) and it’s this: What do we want our landscape to look like?

For some, the British landscape has been raped and pillaged for too long and is in need of restoration – more forest, more pine martens, more Nature. Such a notion flies in the face of a traditional, utilitarian, even religious view, which sees the land as a commodity to be managed and exploited for the benefit of just one species. Us.

What do we want our landscape to look like?

The answer to this question is key and relies on fundamental belief systems that actually have very little to do with pine martens.

15 thoughts on “What do we want our landscape to look like?”