Skip to content
Blog home > Conservation > Rewilding: Is it time? 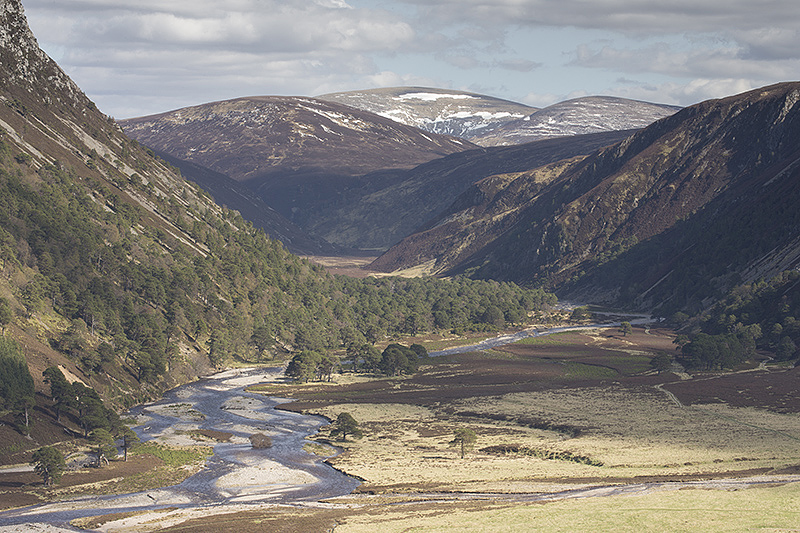 Mention the ‘R’ word in some circles and hackles rise. Visions of out-of-control wolves on a killing spree spring to mind and primeval fears mixed with deep-seated cultural resentment of change, bubble to the surface. Politics too, is inextricably linked to the potential, or otherwise, for rewilding.

Rewilding is taking seed in parts of the Scottish Highlands…

Rewilding is a relatively new word. It has different meanings for different people, but in essence refers to the restoration of natural processes; allowing Nature to go about its business unimpeded. For many advocates it also embraces the need to return absent species that in the past helped those natural processes sustain the land (and sea). In the UK, such species would include wild boar, beaver, lynx, wolf and even bear. George Monbiot’s recent book Feral, has brought the rewilding pot back to the boil.

Across mainland Europe there is a significant wildlife comeback: wild boar, chamois, bison and a whole suite of raptors and large carnivores are either finding their own way back, relieved of centuries of persecution, or are being deliberately reintroduced to help restore functioning ecosystems. But here, in a country where there are more ‘conservationists’ than almost anywhere in the world, reintroductions and rewilding in general, remain nauseatingly political and tortuously bureaucratic. Don’t get me wrong, lots of good stuff is happening in the conservation sector – I’ve seen that for myself throughout the 2020VISION project – but in comparison to other countries, even countries with far less resource than ours, our efforts are conservative and frankly, embarrassing.

Much of the UK used to be cloaked in natural woodland, almost all of it now gone.

So why should we rewild? For me there are 3 primary reasons.

Opponents contest that our small country is too over-crowded for rewilding; too much water has flowed under the bridge to go back; rewilding is nothing more than a fanciful romantic notion. For me it’s not about going back, it’s very much about going forward with a more ambitious vision: it’s also about letting go and here is where I think we struggle.

We’ve been weaned onto the idea that conservation is about ‘managing’ the landscape for Nature. Indeed, thousands of livelihoods now rely on land ‘management’. I’ve always felt that the ‘M’ word is a euphemism for control. We like our wildlife for sure; we perhaps like our wildlife more today than at any time in recent history. But we like it on our terms, under our control. We decide what lives where and why. With rewilding, the long-term objective is to let Nature decide (don’t you think it’s slightly arrogant to assume Nature needs our help?)

I’m a pragmatist and I understand the socio-economic and cultural persuasions against rewilding. But in the long term it’s not only desirable for those of us with that fanciful romantic notion, it’s absolutely necessary for the future well being of our own species. It’s about doing what’s right for us and for those species we live with.

The 5-year beaver trial in Scotland is nearing its end…

…with this likely to become a more common sight. Damage or just ecological change?

I’m not suggesting that wolves are released tomorrow: this is not about wolves, despite what the media predictably focus on. I’m suggesting that if you believe that a vibrant, intact Nature with all the ‘services’ that it provides, is good for us in the longer term, we need to persuade other people of that. In my view, conservation (hanging onto to the meagre threads of a battered landscape) has had its day: the time is right for Rewilding.

9 thoughts on “Rewilding: Is it time?”